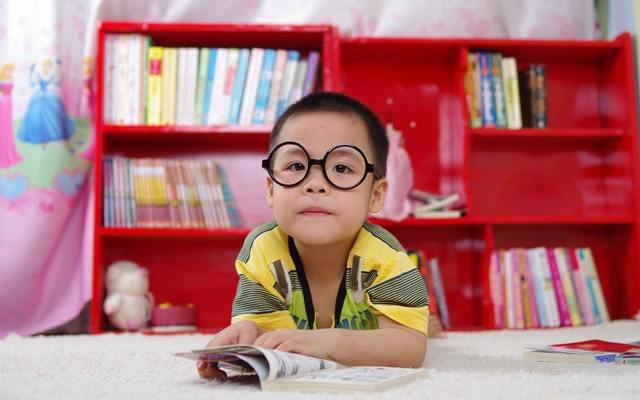 Scientific studies have revealed that new generations are becoming smarter than the previous ones. It’s not simply genetics; it has something to do with parental intervention. Advances in technology and truths have also paved the way for better education for kids.

The first 10 years of a child’s life are the most crucial in brain development because these are the ages when the brain is most active in forming neural networks. So if you want to raise a genius, intervention and/or training should start as early as now.

Here are some of the most effective ways to give your child’s intelligence a boost.

No kidding; learning music really does make your child smarter. Music learners are said to exhibit increases in full-scale IQ. Although relatively small, the effect can be seen across IQ subtests, index scores, and standardized tests. There was even an experiment that showed piano lessons raised IQ significantly, as opposed to other music lessons.

Musical training will also contribute to better performance in the classroom because it helps improve your child’s ability to focus and spot patterns. As he grows, music will be there to offset the deleterious effects of aging on the brain.

2. There is no such thing as a dumb athlete

Whoever believes the dumb athlete generalization has been living under a rock. Hollywood has popularized such prejudice based on the assumption that sports players spend more time on the field rather than the library.

But if they spend equal amounts of time on both?

A 2007 study conducted by German researchers showed that after exercise, people typically pick up new vocabulary 20% times faster. Another study involved the regular observation of the brain of a group of volunteers who agreed to a three-month exercise regimen. Pictures of the brain were taken regularly during those three months, and it was found that the capillary volume in the memory area of the hippocampus has increased by roughly 30%.

All these only prove that physical health will increase your ability to learn.

3. The health of children affects their grades.

A child’s growing brain will require a proper balance of nutrients like Vitamin A and B, iron, glucose, folic acid and zinc. So kick-start each day with a good breakfast.
Studies show that kids who eat breakfast have longer attention spans and better memory. For toddlers, breastfeeding and solids for breakfast would have tremendous effects on health and intelligence.

But are sugary cereals good enough to eat?

The short answer is no. Research shows that high-fiber, high-card, and slow-digesting food is best. Oatmeal is an example, as well as whole grain cereals. In a study of 16 students who were fed a 5-day low-carb and high-fat diet showed a decrease in attention and thinking speed.

Reading should be a shared experience. That’s the reason why bedtime stories happen. Don’t let your child stare at pictures while you do all the reading. Instead, read with him to help improve his reading skills or early literacy skills.

This has something to do with active learning. Engaging in a story, pointing to pictures and talking to your child as you read while improving the entire experience. You are bringing the book to life but on a young child’s level of understanding.

5. Learning is an active experience

As a follow-up to number 4, bear in mind that learning should be an experience Apps and brain training games don’t work. The TV, DVD, and videos won’t do well either; in fact, they will only cause more harm.

Brain training games and apps, TV, DVD and videos have no positive effects on the vocabulary. In fact, children who enjoy passive learning learn 6-8 fewer words than those who don’t. A child’s brain is simply not wired to learn from just hearing information.

You need to arrange some outdoor games and recreation materials like a playhouse, swing set, and kids scooter etc. These are really beneficial for both physical and mental health. You can check out some awesome outdoor games idea here in reviewsstore.com.

However, a recent study at UC Berkeley showed that while video games do not improve vocabulary, they can improve many other skills. Some of these include hand-eye coordination, reasoning, quick thinking and reacting, accuracy of estimations, memory, judgment calls, problem-solving ability and hypothesis testing and so on.

6. Get them to bed early

The correlation between grades and the average amount of sleep is further explained in yet another test, which showed students who received A’s had an average of 15 minutes more sleep than those who received B’s.

If a child has enough sleep, he has better ability to retain information and his attention span is significantly longer.

When a child is happy, he becomes more engaged and interested in learning. Happy children are more curious and when they act on their curiosity, they learn and become smarter.

A happy child ultimately grows to be a happy, successful adult. Happiness has tremendous effects on performance. Happy adults get better performance reviews, earn higher salaries, have more prestigious jobs and are more likely to feel more satisfied with their marriage.

Genetically, a child gets his intellectual ability and certain aspects of personality from you. However, you cannot say the same for adopted children. The sad reality is, the way you raise your kids will not have as much effect on them as the peer group they choose to share parts of their experiences with.

In one study conducted at Dartmouth College, it was found that students performed better when they began rooming with higher-scoring students. It appears that higher performing students infected the low grade-point average students with good habits.

Regardless of how high your child’s IQ is, it won’t guarantee success if without self-discipline. It is willpower that determines success. Thus, students with stronger willpower are likely to earn higher grades, attend school more often, and spend more hours on homework.

Nothing beats the self-confidence your child feels when he knows that you believe in what he can do. In a study conducted by Rosenthal and Lenore Jacobson in 1968, teachers randomly chose students and tagged them as academic supporters. At the end of the academic year, 30% of these students gained an average of 22 IQ points and almost all of them gained 10 IQ points.

Do you see what those teachers did there?
It’s true that genetics has a lot to do with a child’s intelligence. But studies conducted have proven that intervention can become effective in raising smarter kids, even with weak genetic background.

However, bear in mind that your interventions must not, in any way, interfere with your child’s normal psycho-social development. The best way to do inspire your child to become smarter is to follow his lead. If he shows interest in something, help him follow that passion. Passion-lead learning will always be the best education for kids!

Look at this smart child and how inspiring his story is!

We are happy here to provide valuable real pieces of information regarding different types of baby jumpers. From this information, you can get an idea of the baby jumper with the best price. This website “onlinebabyproduct.com” participates in the Amazon Services LLC Associates Program, an affiliate advertising program and link to Amazon (.com, .co., UK, .ca, etc). That means OnlineBabyProduct.Com contains affiliate links on different pages.